More than just fireworks at GlobalFest

GlobalFest (Calgary, Canada) is gaining a reputation as one of the major fireworks competitions, but it’s much more than that. As well as the Fireworks Festival there is also the OneWorld Festival, which promises…’Pavilions from some of Calgary’s cultural communities will be showcasing their heritage dress, cultural music, incredible performances, and interactive activities for all’.

This more diverse programme of events is gaining popularity. The next World Fireworks Championship will include an ‘Art of Light’ festival featuring large-scale, interactive light exhibits.

These two videos come from the Oman 2010 World Fireworks Championship.

They are from the finale of the performance given by Panzera, who tied for second place in the Championship.

The first video shows the finale from a distance of about 2km. The second is from ground level next to the shell mortar tubes. We recommend the first for artistic flair, and the second for ‘shock and awe’. Two different perspectives of the same event.

(Tip: Set the second one running first; count to 5 and then set the first one running. You should just about get them to sync-up so you can see what happened on the ground lead to what happened in the sky).

Yon-Shaku-Dama – ‘that’s what I call a firework shell!’

The World Fireworks Championship is the world’s biggest pyro-musical competition. It showcases the very best in pyrotechnic performance, but we do place limits on the size of firework shells that competitors can use.

So it is nice to see this fantastic video of the ‘Yon-Shaku-Dama’ the world’s biggest pyrotechnic shell. Amazing!

The shell is built by the Katakai Fireworks Company, and ‘fired’ at the Katakai-Matsuri Festival, one of the many Japanese ‘Hanabi’ (flowers of fire) displays which take place each year between July and September. Definitely a great reason to visit Japan in early autumn.

Some interesting footage at the beginning of this video which shows how pyrotechnic shells are constructed – although it would have benefited from some commentary.

The Editor of our blog recently had the opportunity to see the ‘Seeing Through Light‘ Exhibition from the Guggenheim Collection. On special display in Abu Dhabi it shows how light of all sorts can be used to create a dramatic impact. 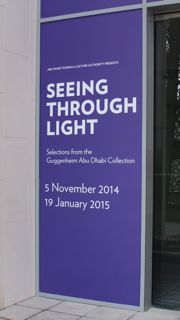 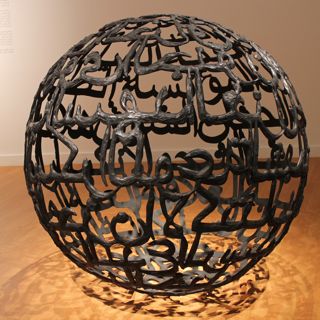 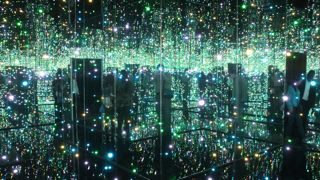 It’s proven so popular in Abu Dhabi that the exhibition has been extended to 26th March 2015. 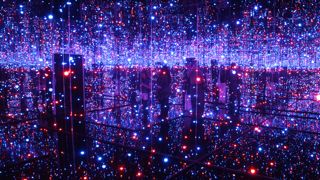 The next World Fireworks Championship will incorporate an ‘Art of Light’ festival that makes use of interactive light exhibits to create a magical urban landscape.

2015 will be the 25th anniversary for the Vancouver ‘Honda Celebration of Light‘ fireworks competition, this year in July and August. 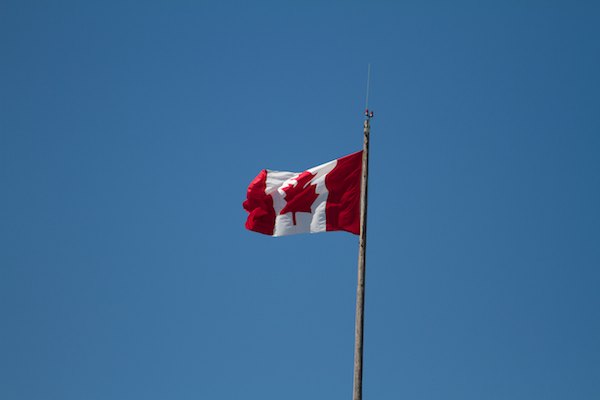 Whilst it might not be the biggest competition – last year there were only three competitors – it is arguably the best attended with over 400,000 people joining the party at English Bay.

The organisers were kind enough to invite the World Fireworks Championship to attend one year and we can vouch for how great an event it is. The party atmosphere pervades the whole city, with thousands arriving early to pic-nic on the beach.

Each display fires from an enormous barge moored in English Bay and it, and the thousands of spectator boats, make a great sight. 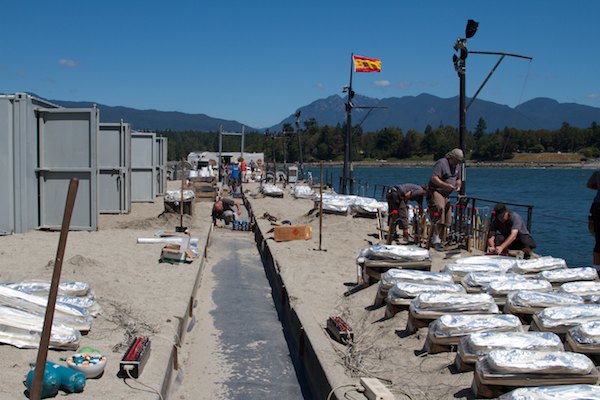 Setting up a display 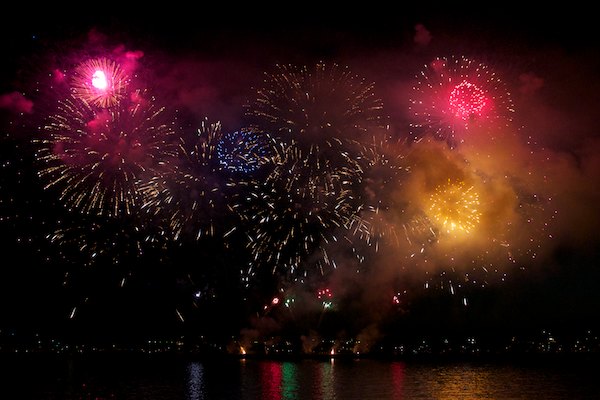 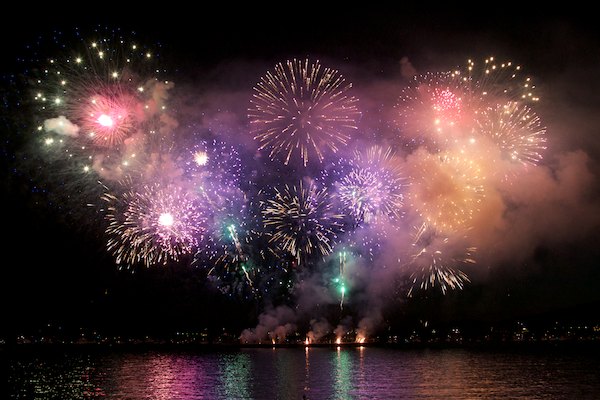 This years participants will be announced in April 2015.

Fun in the Philippines

The Philippine International Pyromusical Competition starts on February 7th, 2015 and runs until March 14th. The opening night features Platinum Fireworks (from the Philippines) and Akariya (from Japan).

Akariya won last year’s Vancouver Celebration of Light competition, so it will be interesting to see how they get on here.

The competition has a strong line up of competitors with Royal (Netherlands), Grupo Luso (Portugal), Göteborgs FyrverkeriFabrik (Sweden), Royal Pyrotechnie (Canada) and Jubilee (UK) all likely to deliver strong performances

We’re giving a ‘shout out’ to the Steamboat Springs (Colorado) ‘Fire and Ice‘ winter carnival. 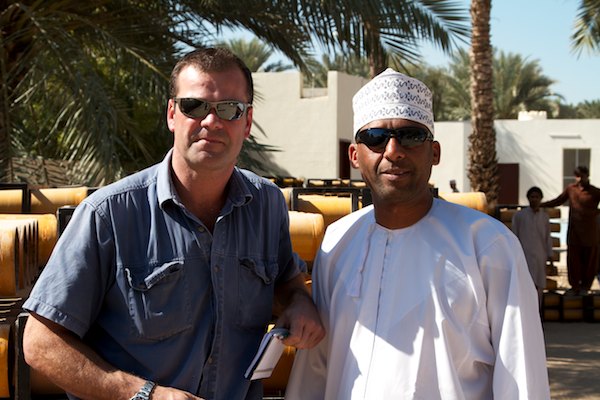 The World Fireworks Championship‘s Technical Director, Rob Denman, will be giving a hand with the fireworks display. Rumour has it a 36″ shell will be fired!

One of the highlights of the night is the ‘Lighted Man’…

..we wouldn’t recommend you try this, you really need to know what you are doing with safety! But in the hands of experts a lot of fun to watch.

The fireworks display will take place on Saturday 7th February at 19:00. Location Howelsen Hill, Downtown off of 5th Street. Enjoy!

Not the prettiest…but one of the best

It’s a website / blog that is largely dedicated to the L’INTERNATIONAL DES FEUX LOTO-QUÉBEC or the Montreal International Fireworks Competition as most of us know it. It may not be the prettiest but in terms of content and shear dedication Montreal-Fireworks.com takes some beating.

It’s the first place we turned to find out who will be the competitors at this year’s 2015 Championship. But as yet no news. Looks like the line-up and dates will be out in the Spring.

We’ve followed it for many years and it is the definitive guide to the Montreal Competition. Plenty of detail, great reviews and a good discussion on its forums, it’s content rich. Everything a good website ought to be.

It’s got a great section on how to photograph fireworks written by Robert Burch, which is worth reading if you want to know how Robert captures his stunning photos, many of which are shown on the website. Check out the 2014 photographs here.

We’d like to say a BIG ‘thank you’ to Dr A. P. Marriott who has run the website for many years. We love his work.

We are often asked for recommendations as to where to see good fireworks displays.

Well if you are in the UK, and planning your summer, take a look at ‘Fireworks Champions‘, these are pyro-musical displays demonstrating the synchronisation of fireworks to music. The World Firework Championship is a pyro-musical competition and, although we may be accused of being biased, we feel this is the best way to see a great pyrotechnic performance.

Of course the ‘British Fireworks Championship‘ in Plymouth is always popular – it is estimated in excess of 100,000 people attend each night. It’s set on the spectacular Plymouth Hoe. We’ve been a number of times and there is always something to enjoy. 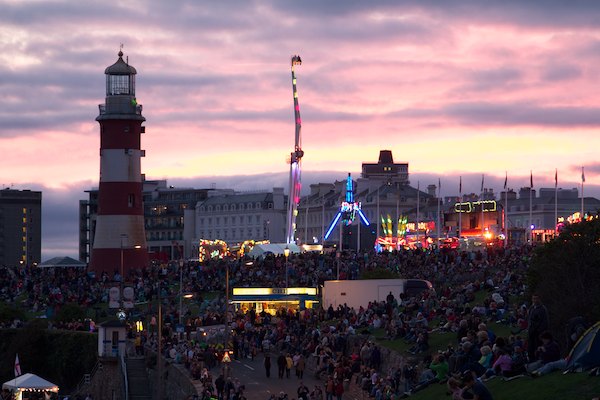 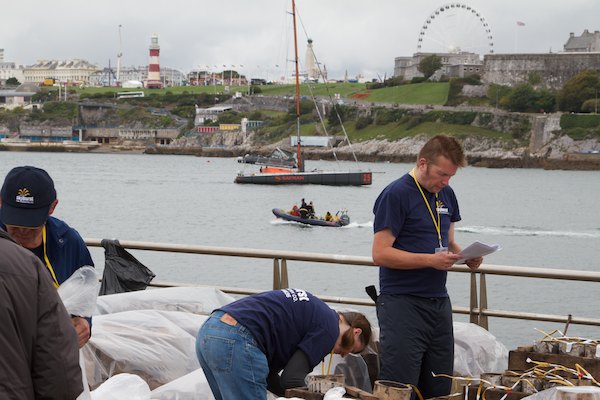 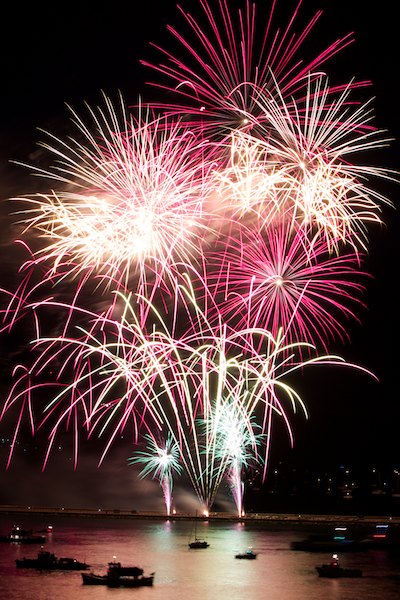 As well as the British Lawnmower Museum, another great reason for visiting Southport is the annual British Musical Fireworks Championship set for October 2015.

If you’ve a fireworks competition or major pyrotechnic display coming up, let us know, and we’ll do our best to give you a ‘shout out’.

New Year is a great time to be a fireworks aficionado as cities worldwide vie to offer the biggest and best fireworks displays. They do so partly to welcome the New Year and entertain their citizens, partly because of the enormous media attention they attract, and so the publicity the city gains.

2014/2015 was a ‘vintage’ year, with some great performances delivered in London, Sydney, Hong Kong and Dubai.

If you’ve not already viewed them, have a look at the following (apologies if there is any geo-blocking):

and of course Rio de Janeiro, where over 1 million people (not to mention the umpteen cruise liners) gather on Copacabana  to watch