The Whitworth Art Gallery, in Manchester commissioned a fireworks display to mark the re-opening of the gallery after a 16 month refurbishment, and the start of an exhibition on William Blake.

The Whitworth has a unique collection of Blake’s work. Artist and poet, one of Blake’s best known poems is the apocryphal ‘The Tyger’.

The fireworks display was used as part of a creative piece, representing a shower of meteors in celebration of Blake.

Fireworks, such as those seen at the World Fireworks Championship, can provide ‘shock and awe’ but they can alo be used very subtly to communicate more complex ideas and themes.

And this is an earlier display at the Whitworth from 2013

It’s not often you get to use the words ‘alien apocalypse’, ‘fireworks display’ and ‘pork pie’ in the same sentence, so we just had to take advantage of this opportunity.

We were delighted to see that Twinlakes Park in Melton Mowbray, home of the pork pie, are planning an alien apocalypse bonfire and fireworks display on 7th November.

Yet again proving that fireworks can make any event great, even an alien apocalypse!

We’ve been following the Chinese New Year fireworks displays, and came across this from Singapore. The show is being fired at Marina Bay. We love Marina Bay, great location for a big fireworks performance.

Thanks to Civil Reporter for the video. 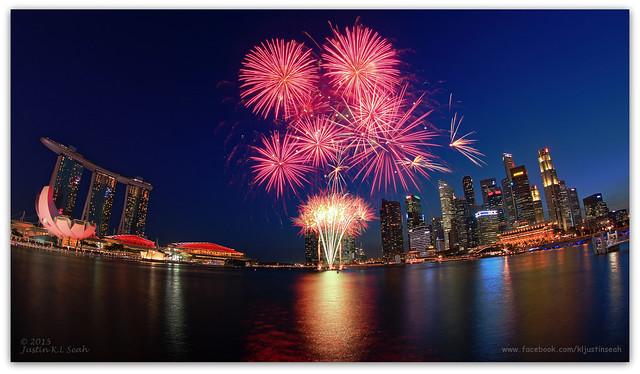 And we loved this picture from Justin K.L Seah. Great shot. (Check out his Flickr stream).

The view from within

There’s a lot of talk at the moment about ‘drone’ technology and what low cost camera-drones allow in terms of video production. One of the applications that has got us most excited is the ability to see a fireworks display from within.

This video was one of the first to be shot within a display itself and, with over 10 million views, it is still the yardstick to judge other efforts by.

We like the reverse footage at the end, nice touch!

As with any drone filming there are of course safety issues, but the relative low cost of drones at least makes it possible to contemplate filming from within the display itself. An amazing perspective

Year of the Goat starts with a Baa-ng

Chinese New Year arrives today (19th November – Gregorian calendar). There’s some debate as to whether it is the year of the ‘Goat’ or the ‘Sheep’ (or even the ‘Ram’) – hence the dreadful headline pun! But Wikipedia says it is ‘Goat’ so we are going with that.

Even if the animal is uncertain what is certain is that the New Year will be celebrated with fireworks and crackers.

We think most pyrotechnicians must be ‘Goats’ according to this description

They have very delicate thoughts, strong creativity, and perseverance, and acquire professional skills well. Although they look gentle on the surface, they are tough on the inside, always insisting on their own opinions in their minds. They have strong inner resilience and excellent defensive instincts.

Sounds to us like the qualities needed to successfully navigate the complex world of fireworks.

The Japanese have a tradition of firing single fireworks shells so the audience can appreciate them. When they are this beautiful who can blame them!

This is a great compilation that highlights why Japan has an outstanding reputation for pyrotechnics.

There are some very lovely fireworks shells demonstrated in this display.

What it highlights is that Japanese shows are less about the ‘shock and awe’ of a big display and more about the artistry of the performance, and the quality of the component fireworks.

These are qualities that the competitors must demonstrate to win the World Fireworks Championship. That’s not to say we don’t like ‘shock and awe’, there is certainly a place for that in the competition as well.

A personal perspective on fireworks

Most people love fireworks, but for some (including us) it is a real passion. A passion that usually starts in childhood, and grows over the years into an obsession. It can be difficult to say why it has such appeal… fireworks are certainly exciting… they represent a certain mastery by man over chemicals and engineering… but perhaps subconsciously they make us hark back to the distant past when our ancestors peered into the majesty and awe of the night sky and wondered what it all meant.

We are used to seeing supremely professional pyrotechnic performances presented in all their splendour, but it’s good to be reminded of the shear excitement of just setting up a display and firing it. We came across this fascinating article on National Geographic’s ‘Proof‘. It covers the work of Kevin Kundstadt as he took a personal look at the pyrotechnic community at a Pyrotechnics Guild International convention in Mason City Iowa.

It’s a great article featuring some enigmatic and impressive photographs. Please do take a look at Kevin’s wonderful work.

The World Fireworks Championship is endorsed by the Pyrotechnics Guild International and if you have more than a passing interest in pyrotechnics we’d recommend you check out their excellent work, especially on safety and training.

We came across this on the web about the eleven (??) biggest fireworks shows. Well they are certainly ‘big’, but without knowing the duration and shell count it’s difficult to decide exactly how big. Pretty sure that the Beijing Olympics would be in the top 3 largest shows, and ‘Thunder Over Louisville‘ is pretty spectacular, but some of the others can be quite short in duration; spectacular, definitely, but short. 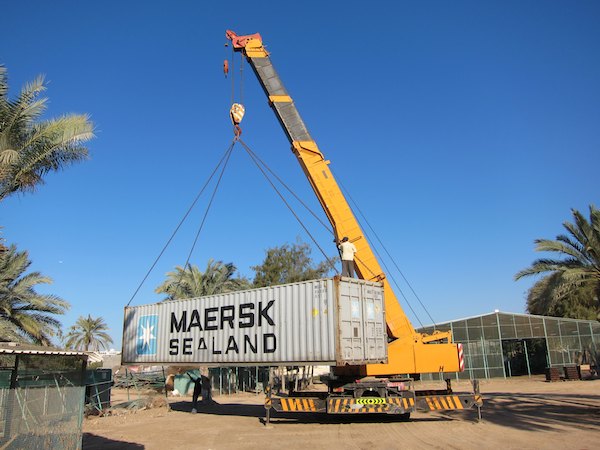 Each competitor’s pyro-musical performance at the World Fireworks Championship last about 20 minutes and uses about 10 tonnes of fireworks. There are typically 7,000 – 10,000 ‘cues’ (the electronic instructions that ignite the fireworks), and each display takes 9 people 5 days to set-up. So we think that outside of a Beijing or a Sydney, or a Dubai World Record Attempt, the Championship will be one of the biggest displays you’ve ever seen. And don’t forget there are SIX of them over a two week period. 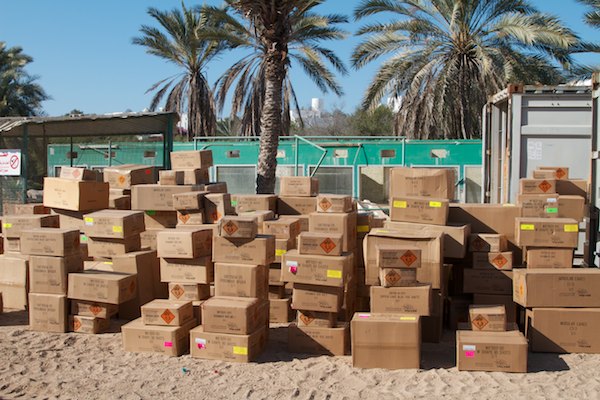 Stock being unloaded at the World Fireworks Championship

Fourth of July nearer than you think

There are some BIG days each year for fireworks. New Year’s Eve / New Year’s day when the whole world gets involved; Chinese New Year, when the Chinese diaspora celebrate; ‘Guy Fawkes Night’ in the United Kingdom; ‘Bastille Day’ in France. But of course one of the biggest is the Fourth of July in the USA.

No self respecting city or town fails to mount a display. San Francisco, and the Bay area, is no exception. There are in fact two displays in San Francisco one fired from the Municipal Pier, the other from barges in the Bay. So start planning ahead. You could couple a great holiday to one of the world’s greatest cities, with a fabulous night of fireworks. To find out more click here.

This looks like a great way to combine a great trip around San Francisco Bay with the fireworks.

Thanks to Norris Adair.